What is the CBD Spectrum? 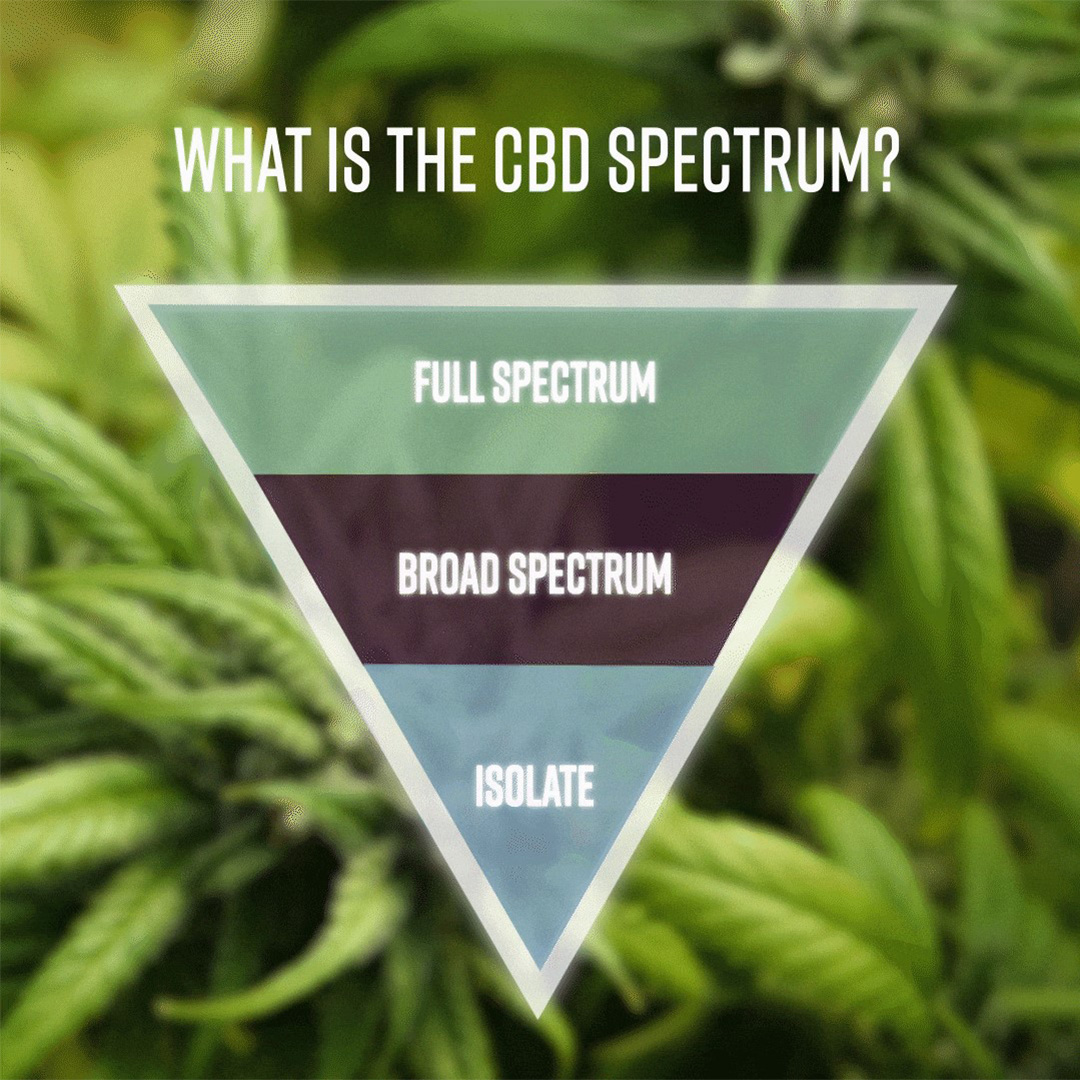 The new world of CBD can be confusing. Cannabidiol (CBD) has rapidly risen in popularity throughout America in the past decade, creating a vast variety of new products with new terminology for consumers to learn. Understanding the distinctions between full spectrum, broad spectrum and isolate is essential in ensuring you’re purchasing the most effective CBD product for you!

Our ECS & the Cannabis Spectrum

The reason CBD has such relieving benefits in our bodies is due to its interactions with our endocannabinoid system receptors. The endocannabinoid system (ECS) helps manage all the functions within the nerves, endocrine and gastrointestinal systems so when they are replenished with phytocannabinoids they promote homeostasis. When our ECS are deficient, we often experience migraines, irritable bowels, and inflammatory issues.

The cannabis spectrum defines the number of naturally occurring cannabinoids in the product. The hemp plant has over 140 cannabinoids and 150 to 200 terpenoids, which all influence how they interact with your body. These include THC, CBG, THCV, CBN and more–so it’s important to know which cannabinoids are in each spectrum. While all ranges of the CBD spectrum promote relief, the interactions between the cannabinoids and terpenes in each formula differ.

Full spectrum CBD oil is created using the entirety of the hemp plant so all the naturally occurring cannabinoids, flavonoids, and terpenes work together to create a synergistic entourage effect that promotes the maximized benefits of all the cannabinoids. Synergy arises when multi-components interact with another.

THC is included in this spectrum, capped at <0.3% (the federal limit), so it could potentially engender a nominal intoxicating response. Full spectrum is typically preferred for more severe conditions to promote internal balance and restoration.

Adapto: Full Spectrum Elixir oil is infused with black seed oil, turmeric, cinnamon, and black pepper which have all also been studied to promote anti inflammation, antioxidant & anti-microbial behavior. When combined with CBD their restorative properties are enhanced.

Broad spectrum CBD has all the naturally occurring cannabinoids, flavonoids and terpenes of full spectrum EXCEPT THC.  Broad Spectrum still contains the prominent hemp terpenes such as limonene, linalool, and pinene which have been studied to possess anti-anxiety and/or anti-inflammation properties.Since it is missing a naturally occurring cannabinoid, the formula does interact slightly differently than full spectrum.

Since it lacks THC, broad spectrum is ideal for people whose body doesn’t interact well with THC and/or are drug tested. Be aware that some CBD companies may claim to be offering broad spectrum oil when it still may contain THC! Always be sure to be checking the products Certification of Analysis (COA) to see that their broad spectrum product shows ND (not detected) next to THC.

Marley & Me: Broad Spectrum Elixir contains only organic hemp seed oil and broad spectrum extract. It does not contain essential oils so it’s safe for both you and your pet!

CBD isolate consists of 99% CBD, so it does not  contain any other cannabinoids, terpenes or flavonoids that are found in the other spectrums. Isolate is tasteless and odorless so it’s favored by those who have a distaste for hemp’s natural earthy after-taste.

While it does not have the ability to interact with other cannabinoids to enhance its beneficial properties, isolate still possess the same soothing properties of CBD. When combined with hemp seed oil, which has 9 essential amino acids, Omega-6 & Omega-3, CBD isolate can be the ultimate health supplement added to any recipe.

Marley & Me: Isolate contains only organic hemp seed oil and CBD isolate. It does not contain essential oils so it’s safe for both you & your pet!

The best spectrum for you is based around your own preferences, severity of your condition, and how your body interacts with each formula. Whatever spectrum you choose for your CBD, it’s critical to purchase from a third-party tested product that displays their COA’s to guarantee you are getting what you’re paying for!

CBD Livity publicly displays our COA’s next to our product images so you know right away the individual amount of each cannabinoid found in the product batch. Our CBD oil is always 100% natural, vegan and crafted in the USA.