The History of Hemp 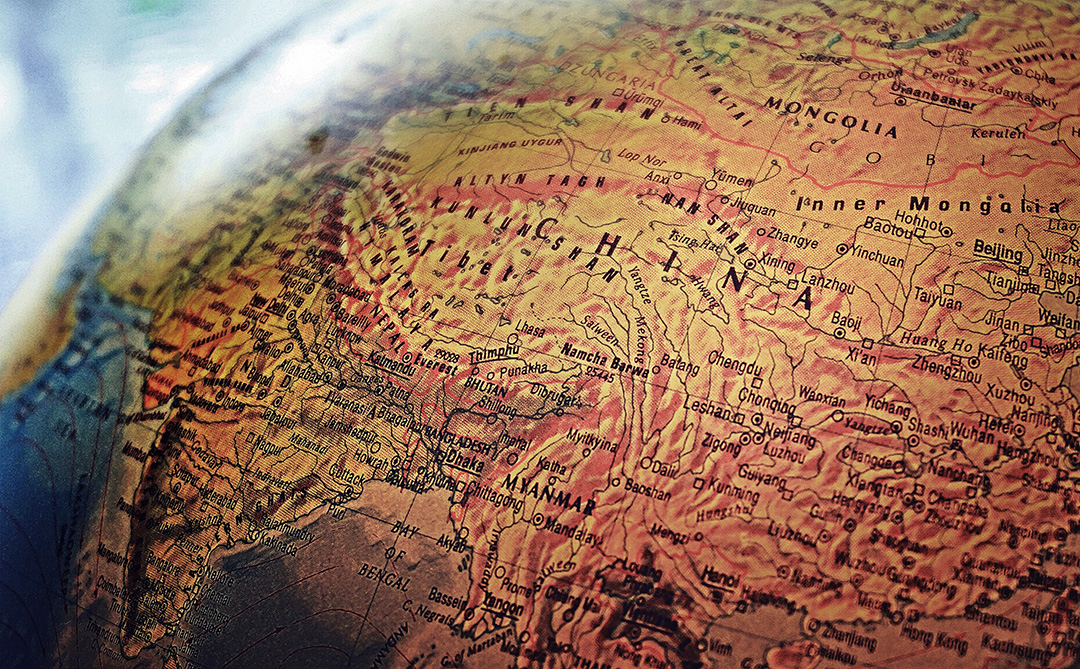 The Convoluted & Controversial History of Hemp

Humble in appearance and misunderstood by the masses, the hemp plant has had a fraught relationship with mankind. It has been feared and outlawed in multiple places around the world. On the other hand, there have always been those who appreciate its strength and myriad applications. Some agrarians even consider it to be the most useful plant on the planet – an herb of 50,000 different purposes. This reputation illustrates the amazing breadth of purposes for which the hemp plant may be used.

The public is largely unaware of hemp’s fascinating history and, perhaps most importantly, how it became such an infamous crop. We will outline a brief history of the hemp plant in an effort to show how its evolving role in our society and clear up some misconceptions.

The first distinction to make is the difference between hemp and marijuana. Though the words “marijuana” and “hemp” are often used interchangeably, they are actually two different species within the cannabis genus. Notably, marijuana has a significant amount of the psychoactive chemical THC, which is the key compound that makes marijuana popular for spiritual and recreational uses. Hemp, on the other hand, has only a marginal amount of THC and therefore is used for other purposes, including nutritional and industrial.

Origins: Hemp Throughout the Ages

Hemp has an extraordinary background of cultural, agricultural, and religious significance. Evidence of its cultivation can be traced back at least 10,000 years. It is believed to have first emerged in Central Asia, but ancient remnants of the cannabis genus have been found on almost every continent. The earliest known human usage of hemp was from 8000 BC China. Artifacts have been discovered in various societies which proves that hemp has long been used for materials such as cord, textile, medicine, and food.

Some historians believe it to be one of our species’ first domesticated plants. It was a prized crop around the world, renowned for its durability and excellent medicinal properties. Every part of the hemp plant was utilized for essential purposes. The stems and leaves were dried and woven into cords and fibers for a multitude of objects, such as baskets, roofs, rugs, ladders, and clothing.

Hemp’s history in North America is equally as robust as it is in the rest of the world. Its popularity as an industrial crop began in the country’s early days when Native planters began cultivating it. Once French and British settlers arrived to the “New World” in the Seventeenth Century, they caught wind of the wonders of hemp. They found that the plants were versatile, low maintenance, and great for the soil. Their governments demanded that families grow the crops as a part of their farms. The Virginia Company built a mandate for hemp crops into the Jamestown Puritans’ residency contracts. At one point, hemp was even accepted as a form of tax payment.

Europe’s thirst for hemp from North America was so great that Quebec’s Financial Minister even forcibly confiscated all his constituents’ non-hemp threads and made them buy it back from the government with bushels of hemp. Publishers and lobbyists spread the good word of the herb far and wide. It was on the fast track to becoming the “New World’s” trademark crop. What Happened? Why Is Hemp Not As Widely Grown Today?

In the “New World,” similar sanctions pressing for hemp production continued until the U.S. was established in 1776. George Washington and Thomas Jefferson famously lauded the crop as one of the best investments for America. However, the situation began to get complicated. The newly-formed U.S. government began to make changes to European hemp trade, feeling that it was fostering an unhealthy dependence on England.

Still, there is no doubt about it — less than a century ago, hemp products were well-valued. Manufacturers consistently made cars, fuel, building materials, and household items out of hemp. But in the 1930s, a few major competitors came to the fore. The hemp, timber, and synthetics industries went head-to-head in a mad frenzy over who could make the cheapest, most durable industrial products. It was a skirmish for wallets, a race towards the bottom line. In 1937, Congress passed the Marijuana Tax Act, which levied a heavy tariff on the sale of all cannabis and cannabis goods. It was an incredibly damaging blow to hemp sales. Additionally, anti-hemp lobbyists supported the law and promoted widespread fear of marijuana through propaganda media like the 1936 film “Reefer Madness.” Due to the public’s misunderstanding of the difference between hemp and marijuana, hemp fell under the tsunami of scrutiny that rained down on its cousin.

Ironically, the Marijuana Tax Act was temporarily lifted when hemp came in handy during one time of crisis — World War II. During the war, hemp was used to create essential military items. As a result, the U.S. Department of Agriculture released the propaganda film “Hemp for Victory,” in an effort to motivate farmers to grow more hemp for the soldiers. After the war ended, the government surreptitiously shut down all remaining hemp facilities and it was back to business as usual. The government later denied ever producing the film.

In addition, Congress passed the Controlled Substances Act in 1970. This labeled cannabis plants as Schedule 1 narcotics — non-medically beneficial illegal substances with a high potential for abuse. Hemp was included in this category despite proof that it contains no hyper- psychoactive properties. Simultaneous to the release of this law, there was a sharp increase in the production and sale of synthetic materials.

The U.S. hemp industry has not yet recovered from its downturn, but there is a burgeoning interest in proliferation. The 2014 and 2018 Farm Bills have been instrumental in furthering federal acceptance of hemp.

Because of these bills, hemp has been removed from the list of Schedule 1 substances and is now federally legal to grow. However, it is still highly monitored and growers must abide by rigid laws. Partially due to these strictures, the rapidly growing U.S. market is still heavily relying upon imported, rather than domestically produced hemp.

Of course, the North American saga is just one part of the cannabis story. China has maintained its friendly relationship with hemp and as a result, has become the United States’ largest importer of hemp fiber.

Other countries like India and South Africa share a more complicated relationship with the herb. The latter nation is currently leaning on hemp to help bolster suffering sectors of their economy. Europe has a growing hemp industry and production rates are currently highest in France, Hungary, and Romania. In total, 36 countries around the world allow hemp production.

You can contribute to the rising demand for industrial hemp by supporting products made from this remarkable plant, It has immense potential to revolutionize the way we build, operate, and fuel our world.

“Hemp For Victory – The True Story.” The Institute of Cannabis, birrenbach.com/cannabis/history/usda/hemp-for-victory-the-true-story/.

“Misunderstood | A Brief History of Hemp in the US.” Patagonia, Patagonia, 7 May 2019, youtu.be/Xy3HFRj1GOM.

Robinson, Rowan. The Great Book of Hemp: the Complete Guide to the Environmental, Commercial, and Medicinal Uses of the World’s Most Extraordinary Plant. Park Street Press, 1996.

8,000 BCE — Traces of hemp have been found in modern day China and Taiwan. Evidence shows that hemp was used for pottery and food (seeds & oil).

2,000-800 BCE — Bhang (a preparation of dried cannabis plants) is referred to in the Atharvaveda, an ancient Vedic text, as “Sacred Grass.” This plant is used as a medicine and ritual offering to the god Shiva.

850 BCE — Vikings use hemp and carry it to Iceland.

500 BCE — The Scythians introduce hemp into Northern Europe. A container of ancient hemp seed and leaves from this era were discovered in Berlin, Germany.

100 BCE — Hemp paper was found in China from this era.

1700s — American farmers in certain colonies are required by law to raise hemp.

1815 — Thomas Jefferson files a patent on a hemp processing machine.

1926 — Nikola Tesla filed a patent for a hemp rectifying modulator.

1938 — Hemp was featured on the cover of Popular Mechanics as the new “Billion Dollar Crop.”

1942 — Henry Ford builds a car prototype made by and fueled with hemp, which is ten times stronger than steel.

1996 — Studies determine that hemp can be grown with undetectable amounts (less than 0.003%) of THC.

2001 — The Drug Enforcement Administration (DEA) published three rules in the Federal Register in an effort to ban legal hemp foods.

2013 — Uruguay became the first nation in the world to fully legalize the “research and development, as well as cultivation, distribution, sale, and consumption of non-synthetic cannabinoids and hemp.”

2014 — The U.S. States of Alaska and Oregon legalize cannabis (marijuana) for recreational use. Nevada, California, Hawaii, Arizona, Massachusetts, and Hawaii all begin to propose similar legislation.

2018 — U.S. President Donald Trump signed the 2018 Federal Farm Bill, which officially ended the prohibition on hemp. Now removed from the Controlled Substances Act, hemp and its products are classified as agricultural commodities, rather than illicit substances.