How hemp has the potential to heal our planet

There is little to no doubt that Earth’s climate is degrading at unprecedented rates. With ice caps melting to mass deforestation, our planet is rapidly being depleted of its natural resources and it can no longer sustain the way we’ve been treating it. We need to implement eco-friendly solutions that will reduce our impact while also revitalizing our planet.

Hemp is one of the most versatile plants on our planet. It does not require pesticides or herbicides to grow on an industrial scale, is a non-water intensive crop & even extracts toxic metals from the Earth. Hemp has the ability to grow in an array of different environments while also being a valuable resource for other essential everyday materials. 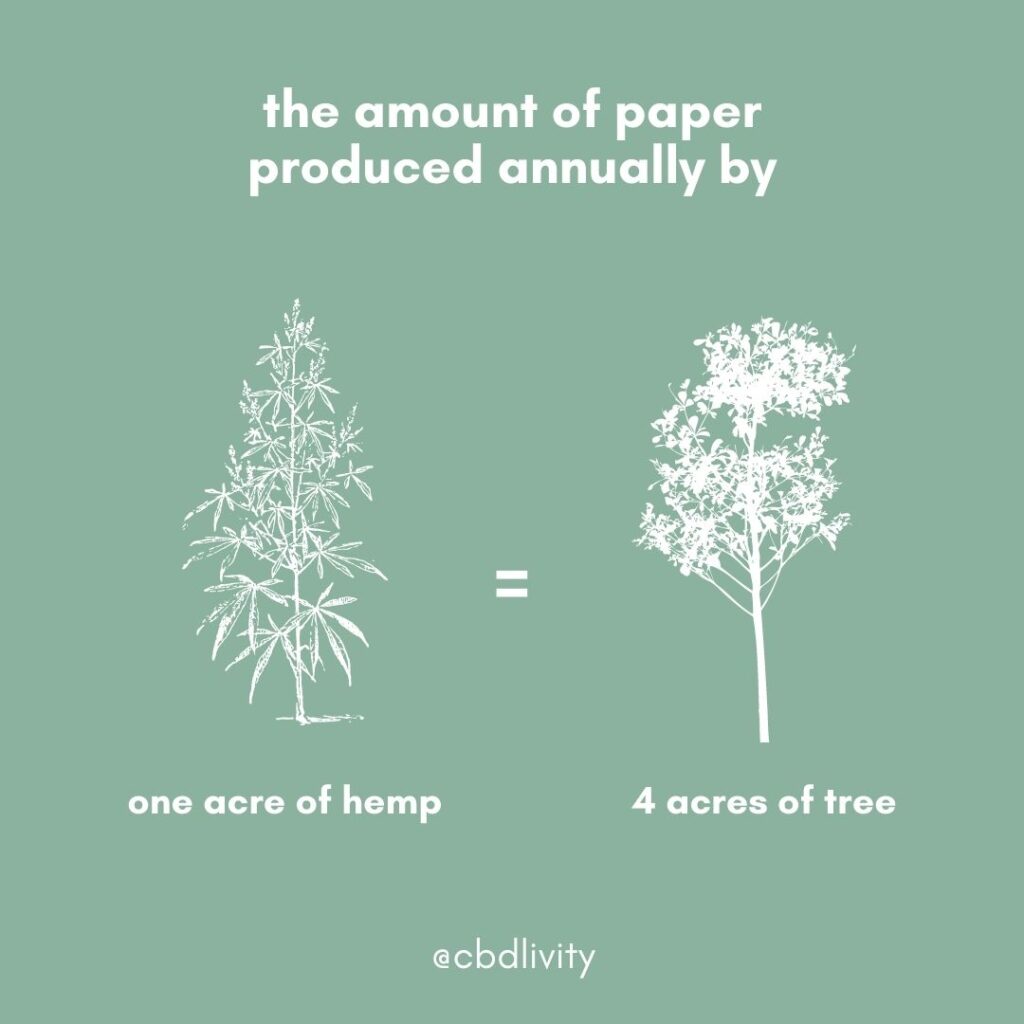 The main and most obvious factor behind deforestation is our need for paper. From toilet paper to greeting cards, Americans use over ⅓ of the paper worldwide while we only have 5% of the global population.

The problem with cutting down trees for wood paper is that a tree takes up to 20 to 40 years to fully mature to harvest. Hemp only takes 4 months, allowing for a quicker turnaround time without having to sacrifice deforestation of more woodland. One acre of hemp can produce as much paper annually as 4 acres of trees. Additionally, one acre of hemp processes more carbon dioxide into oxygen than one acre of trees. 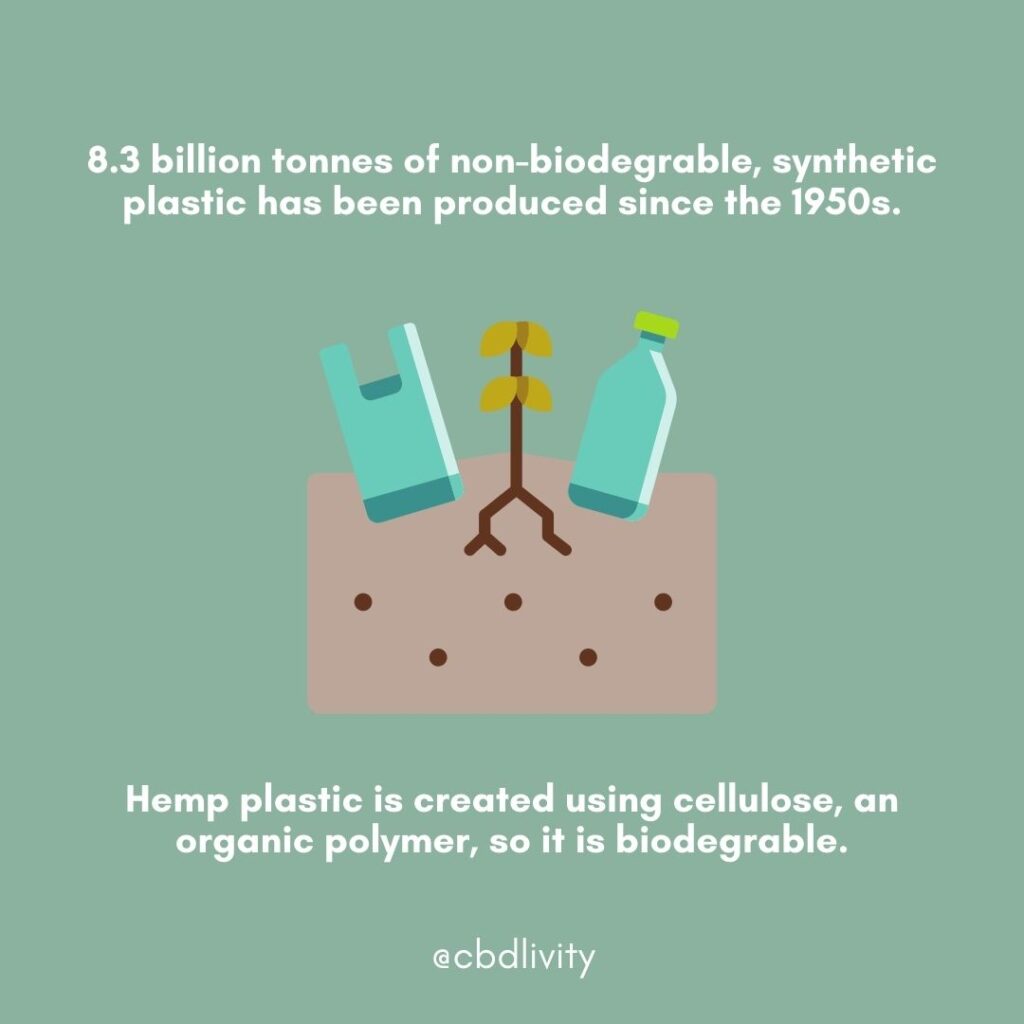 Our reliance on plastic has taken a huge toll on our planet. Since the 1950’s, we have created over 8.3 billion tonnes of plastic with over half of being single-use plastic. Plastic can not be decomposed because it’s made of synthetic polymers that cannot be broken down by organisms, so it has accumulated in our oceans, beaches and more.

Biodegradable plastic is dependent on cellulose, an organic polymer that is derived from plants so it can be decomposed by organisms. Hemp plants are composed of approximately 60% to 70% cellulose making them ideal for creating plastic. 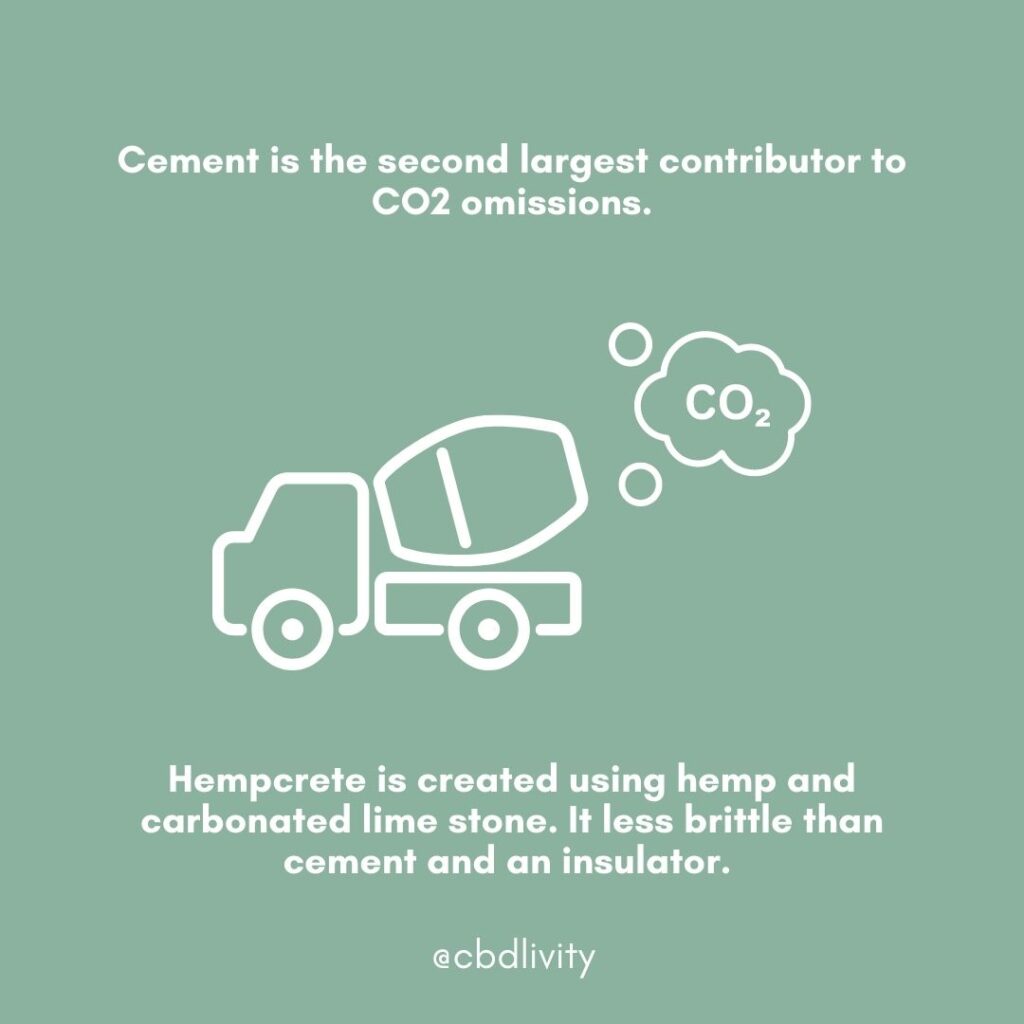 Cement is one of our most essential resources for our roads, buildings and more, making it the second most consumer resource in the world. However, it is also the second-largest contributor to CO2 emissions.

Hempcrete is created through a process of mixing hemp and hydrated lime (carbonated pure limestone).  Hempcrete is less brittle than concrete and can be used as insulation and to regulate moisture. It is widely utilized in France and is gaining popularity in Canada as an eco-friendly effort to reduce their nation’s carbon footprint.

Cotton is internationally the most popular non-consumable crop. However, cotton will diminish soil quality over time, essentially making the land unusable for crops. The cash crop can be credited for 11% of pesticides and 24% of insecticides in the world.

Cotton needs four times the amount of water to grow in contrast to hemp. In material terms, one cotton t-shirt takes up to 2,700 litres of water to manufacture. 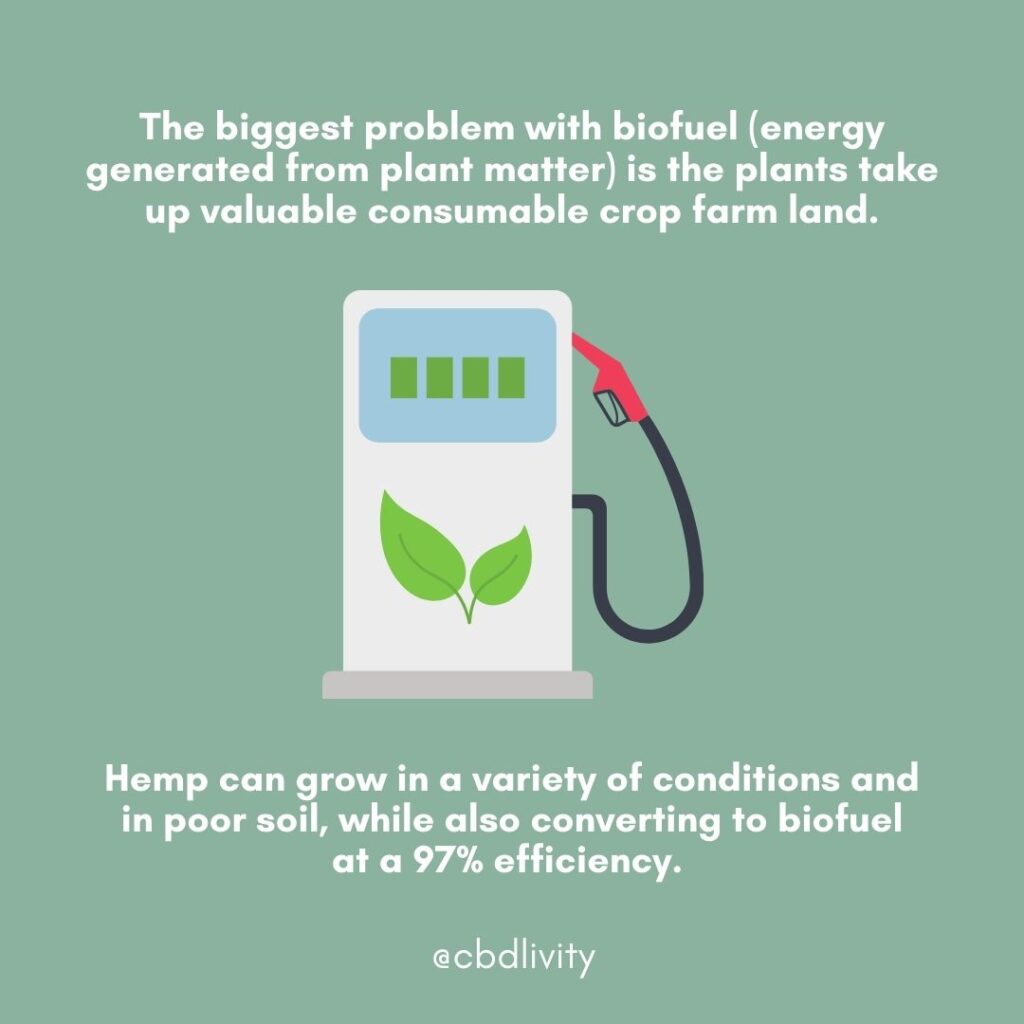 Biodiesel is a plant matter based fuel. One of the biggest issues with most biofuels is it typically takes up valuable farmland used for crops grown for consumption. However since hemp has the ability to grow in poor quality soil while also cleansing it, we would be able to utilize land not used for crops.

Biofuel is derived from seeds rather than the plant stock, so the remainder of the stock and plant could be utilized for other materials! Hemp seeds modify into biodiesel at  97% efficiency and burns at reduced temperatures in comparison to other biofuels.

As much as an individual can contribute to saving the planet, it ultimately comes down to corporations and businesses to make the big changes necessary to shift our future climate.

CBD Livity has made a commitment to better our planet by utilizing 100% biodegradable packaging for our hemp flower and donating a portion of all sales towards Project Livity, our non-profit that provides communities in need with hemp-based resources such as clothing, medicine, building material and more.