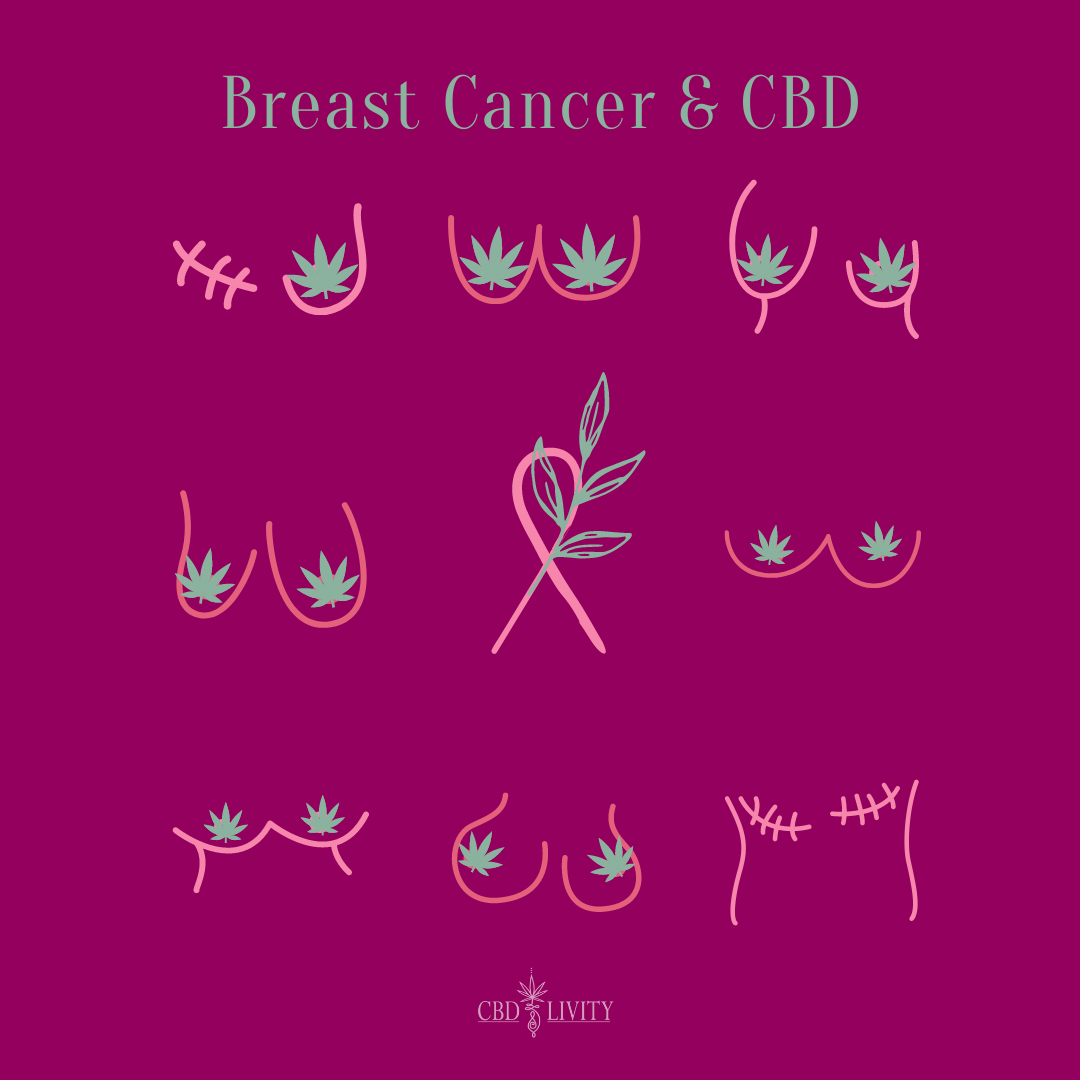 Every two minutes a woman is diagnosed with breast cancer in the United States. This year alone the National Breast Cancer Foundation, Inc. estimates 42,170 women and 520 men will die from breast cancer. While radiation treatment is available, it takes an immense toll on the body (mentally and physically) and there is still potential for cancer to come back.

During this month, we raise awareness of breast cancer, which doesn’t discriminate against gender, class, or race. We acknowledge and support those fighting an uphill battle while remembering those who lost their fight with this deadly cancer. While CBD may not cure cancer, there have been an increasing amount of academic studies supporting cannabidiol’s anti-tumour properties and it’s effectiveness in managing post-treatment symptoms.

One of the many men and women who has had a prolonged battle with breast cancer is Olive Newton-John, Grease’s Sandy. Diagnosed in the 1990s, the four-time Grammy winner’s battle with metastatic breast cancer has been a decades-long journey. After falling into remission in 2017, her daughter encouraged her to use CBD after researching its ability to inhibit cancer cell growth.

The Australian actress to this day continues to not only use but has begun growing her own cannabis for medical reasons. She has recently launched her own foundation that aims to find “a world beyond cancer”. Newton-John is just one of the many celebrities recognizing and spreading the potential of CBD.

But is it all hype? How does CBD have all these beneficial properties?

Cannabinoids have demonstrated in studies on cancer patients to relieve nausea, anorexia and neuropathic pain, which are all tumour-associated symptoms.  CBD’s utilization as a symptom management treatment on breast cancer patients showed the potential to even decelerate tumour progression–even at early stages of diagnosis.

In a scientific study, cannabidiol was combined in a solution with paclitaxel and doxorubicin (highly active agents in the treatment for advanced breast cancer), they had a “synergistic effect” and had extended and increased antiproliferative activity which lasted at least 10 ten days.  Studies have shown that multiple types of cancer cells contain cannabinoid receptors so when CBD enters our system, it has the ability to bind to these receptors as well as orphan receptors (GPR55 and GPR119), ion channels, and peroxisome proliferator-activated receptors. By binding to the receptors of cancer cells, CBD has demonstrated in studies its ability inhibit the growth and migration of the cancer cells.

The acidic precursor of CBD (cannabidolic acid, CBDA) may be responsible for its anti-cancerous behaviour. CBDA exemplified its ability to inhibit the migration of breast cancer cells and to reduce the proto-oncogene c-fos and the cyclooxygenase-2 (COX-2), which are often associated with cancer.

Potential for the Future

The advancing research of CBD has shown to inhibit the migration of breast cancer cells while also assisting in relieving pain associated with cancer symptoms.  This is a step in the right direction towards reaching Olivia Newton-John’s goal of living in “a world beyond cancer”.