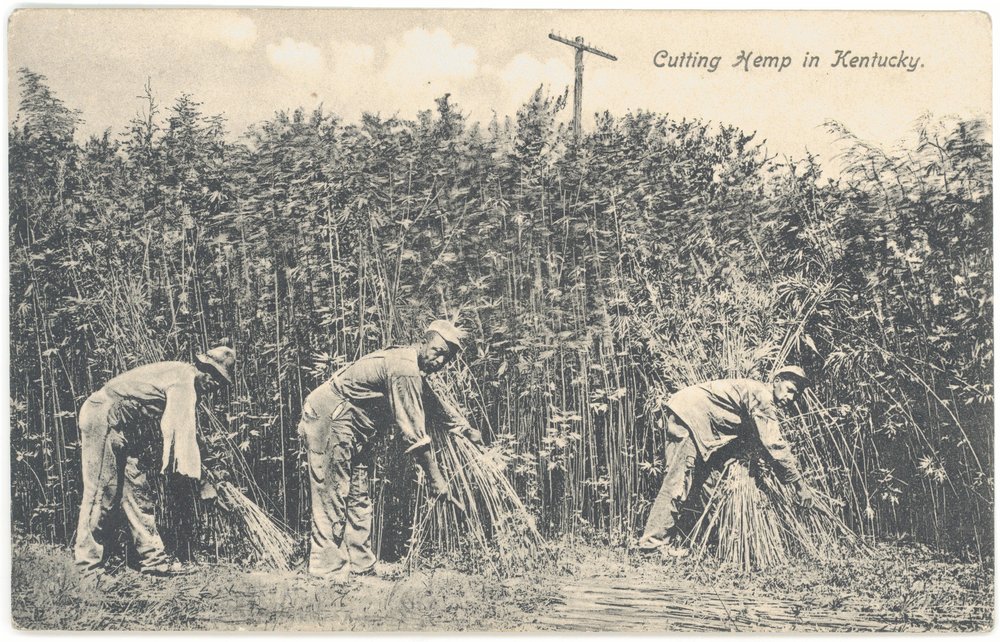 Just last month, Virginia began undergoing the process of legalizing recreational marijuana in our state. The entire legalization process will take until  2024 according to state legalization, due to the need for regulations to be established, verify and vet growing, processing, distribution and dispensary licenses, & most importantly to free nonviolent marijuana offenders and expunge related charges.

In 2018, over 2,000 Americans were federally charged with marijuana offences with 84% of them being black. While the usage rate of marijuana is very similar among black and white Americans,  African Americans are almost 4 times more likely than Caucasians to be arrested for cannabis. Certain areas with increased racial disparity, like Montana and Kentucky, have reached rates over 9 times more likely for a black person to be arrested for marijuana versus a white person, according to 2018 statistics from the ACLU.

History of cannabis use in black communities

Cannabis use originated in central Asia and was later introduced by Arab merchants to African people in the 13th century–before British colonists ever brought it to South Africa. Referred to as “dagga” by Africans, cannabis was brought over to the Caribbean by 19th-century Indian indentured labourers from South Africa. Marijuana later became very popular amongst Jamaicans and leaders in the Rastafarian movement, such as Bob Marley.

Cannabis is believed to have entered the US from Mexican citizens escaping the Mexican Revolution and/or New Orleans Caribbean immigrants, and later was cultivated, cared for and harvested by slaves. American hemp became a booming industry based on the backs of West African slaves until the Civil War due to decreased demand and labour.

By the mid-1900s, the government began associating marijuana use with African American, non-white and anti-war communities. Especially in New Orleans, where cannabis was directly connected to jazz, an African American musical tradition. Harry Anslinger, America’s first commissioner of the Federal Bureau of Narcotics, and Richard Nixon decided to extort this common love of cannabis to launch the War on Drugs.

After the 1971 announcement, cannabis-related arrests exponentially increased from 100,000 to 420,700  within a year. The War on Drugs waged on impoverished communities devastated mainly black families, and this war still affects them today. This race-based War on Drugs was later admitted by Nixon’s Chief  Domestic Advisor over 20 years later:

“The Nixon campaign in 1968, and the Nixon White House after that, had two enemies: the antiwar left and black people. Do you understand what I’m saying? We knew we couldn’t make it illegal to be either against the war or black, but by getting the public to associate the hippies with marijuana and blacks with heroin, and then criminalizing both heavily, we could disrupt those communities. We could arrest their leaders, raid their homes, break up their meetings, and vilify them night after night on the evening news. Did we know we were lying about the drugs? Of course, we did.

The prohibition of cannabis politically influenced America’s perception of black, non-white and anti-war Americans, based around racist rhetoric resulting in further racial division & increase in the economic gap between black and white communities.

While there have been major steps forward in legalization on both the state and federal level,  there continues to be a large amount of disparity between whites and blacks in cannabis-related charges. Washington D.C. legalized the possession of a small amount of marijuana for adults 21+ years old in 2015, but they could still face charges for selling, possessing over two ounces, operating a vehicle under the influence, and/or consuming cannabis in a public space. These policies have allowed D.C. police to arrest over 900 people in four years with over 80% of them being African American. This continuous occurrence isn’t a coincidence, it’s an example of the intentionally persistent use of racial profiling to search and arrest black Americans.

There has been an attempt to adjust and adapt the police force to reduce the number of and racial disparity in marijuana-related charges. In 2020, Virginia passed a law no longer allowing police to conduct a search based on the odor of marijuana, but there is still an essential need for aggressive police reform to lift up affected communities and reconstruct the relationship between the public and the police.

Probably the most ironic circumstance of the legalization of marijuana in states is that while blacks are the one’s most heavily affected by marijuana charges, African Americans make up less than 1% of licensed marijuana businesses in the trillion-dollar and growing industry.

It’s not because they don’t want to be part of one of the fastest-growing businesses  in the nation; it’s because of prevention thresholds established by states. These obstacles include high license and permit fees, banking restrictions, punitive tax codes, and limiting land law. These types of restrictions discourage and limit the opportunity available to previously convicted offenders and those coming from disadvantaged backgrounds.

There is an essential need for the creation of a government-funded program that connects established opportunities in the industry with people of color convicted of previous low-level cannabis charges.

The future of cannabis

Colorado has made over $10 billion dollars in sales since it was legalized in 2014 and a 15% marijuana state excise tax goes towards Colorado public school construction.

A large portion of the marijuana state/federal tax should be reinvested in communities of colour, who were most heavily affected by the War on Drugs policies. There needs to be a focus on creating equal cannabis industry opportunities, and improving public transportation, increased education opportunities, mental health services and reestablishing police-community relations.

The cannabis industry was constructed on the foundation of people of color, yet they’re the ones being least represented in a billion-dollar cannabis business and most prosecuted for an overwhelming socially acceptable vice. Black history month is a time to acknowledge & learn from the significant (yet often ignored) impact African Americans have in our nation’s history.