There was once a point in time when the English Parliament and early American government REQUIRED farmers to grow hemp under the law as material to support the military! But after the War on Drugs globally stigmatized the versatile plant, the hemp industry fell off due to strict regulations placed on international trade by both the United States and the United Nations.

Hemp cultivation has been an established practice all over the world for centuries. Dating back to 8,000 BC, hemp has always been essential for economic and industrial purposes–even the Declaration of Independence was written on hemp paper! But as rising drug use became apparent to the government, cannabis and hemp took the fall, creating a gap in a once-thriving international industry.

Hemp vs. Cannabis under the Law

Starting in the 1970s, America made the cultivation of cannabis illegal and this, unfortunately, included their non-psychoactive cousin hemp. The distinction between the two went unacknowledged in the eyes of the law until the passing of the 2018 Farm Bill, which removed hemp with less than 0.3% THC off the list of Schedule 1 substances. The restrictions and stigmatization of hemp in one of the world’s largest economic powers at the time created a ripple effect of regulation and extermination in the international hemp industry.

The chemical distinction between cannabis and hemp is now being widely acknowledged by countries all over the world looking to increase their GDP (Gross Domestic Product) with the recent increased market for CBD. This is even the case for states and countries where it’s illegal to smoke hemp flower but not illegal to cultivate!

The United States is the newest reborn hemp industry and the most rapidly expanding one. Just last year it became the third-largest grower of hemp in the world–growing over 78,176 acres of hemp in 2018! There are 23 states that grow hemp, mainly designated to produce CBD.

Kentucky, one of the top 5 growers in the states, actually illegalized smokable CBD (including flower, concentrate, and vape)! This isn’t the only state to pass this law; North Carolina, Louisiana, and Indiana also follow this regulation. Idaho has banned both the cultivation of hemp and consumption of CBD! Despite the rapid advancements for hemp in America, there are still some ways to go for it to become a completely hemp-friendly country.

Many Jewish decedents from the Holocaust are reclaiming their German citizenship to become part of the country’s growing cannabis industry. Hemp and cannabis are legal in Germany, with “legal” hemp (<0.2% THC) growers receiving EU farm subsidies.

However, earlier this month, Brussels announced they were considering banning CBD food products derived from the top of the plant (where CBD is most concentrated). This regulation is being implemented due to CBD food products not following novel EU food regulations.

This restriction would heavily damage Germany’s “whole-plant” business model, leaving many hemp businesses in the dust. This policy is implemented in the U.K, where they throw away hundreds of thousands dollars worth of CBD because of this flower regulation.

As previously mentioned, hemp is legal in the UK but undergoes many regulations and supervisions. A hemp growing licence from The Home Office is required at the cost of £580  before planting, and the grower must comply with any additional location restrictions and contact their local police about their hemp farm. There was only 810 Hectare (~2,000 acres) of hemp grown in 2019 in the UK due to the expensive and extensive process of attaining a license, so the majority of CBD manufacturers import their hemp from other European countries.

While being the largest hemp producer in Europe and having never banned hemp in the history of its country, France also faces a similar dilemma as the UK.  The French grew over 43,000 acres of hemp in 2017 and have an established history of cultivating industrial hemp to be used for animal bedding, nautical applications, and textiles. But now with CBD recently becoming so valuable, they are losing hundreds of thousands of dollars due to their no flower policy.

While hemp has always been legal in France, the consumption of it has not. The French government maintains that all hemp consumed must be THC free, and they even went as far to test and shut down a CBD Cafe that was selling .2%.

Canada legalized the growth for industrial hemp in 1998 and later legalized recreational marijuana in 2018. They are the world’s second-largest hemp producers and cultivated over 170,0000 acres of hemp last year–a number that continues to grow! Canada saw a 25% increase in national acreage for industrial hemp that same year. Majority of their hemp is grown for hemp seed food products with 70% of their harvest being exported to the US.

They are now transitioning to majority CBD based hemp farms due to the increase in popularity and scientific research promoting its beneficial properties.

Hemp was legalized for cultivation by the Australian government in 2017, after an 80-year ban! Legal industrial hemp must follow designated 0.35% to 1% THC concentration regulations, which vary from territory to territory. Mirroring Canada and France’s licensing laws, hemp farmers are heavily regulated and monitored to ensure they are compiling with national laws.

South Australia produced its first commercial hemp crop early last year and is expected to exponentially grow to be worth $3 million a year by 2025. Australians mainly produce hemp for their nutritional value but are not able to purchase CBD products without a medical license. While many Australians do use CBD, it has been reported that only one doctor in the country had prescribed CBD as of mid-2018.

The world leader in medical cannabis research, Israel has allowed the use of medical cannabis since 1973 with a physician prescription. However, it wasn’t until recently in 2017 that hemp was removed from the list of dangerous substances and there were only 8 licensed CBD growers as of last year (2019).

While marijuana is illegal in China, they are the world’s leader in producing industrial hemp. Their long history of utilizing the versatile crop for paper, food, building material, medicine, etc. made it exceptionally difficult for the country during the 20th-century hemp prohibition.

China allows the use of CBD products and has its own extraction and growing facilities, however, they have a lower standard of quality due to hemp’s natural bioaccumulation of absorbing toxins in the soil. Despite this, China is already looking to become a powerhouse of the CBD industry and has created firms and corporations to expand hemp production in the country. One firm is even looking to build a 3,000 to 5,000-acre industrial hemp park that would encompass the entire hemp supply chain.

Chile has records of cultivating hemp for shipping and military material that dates back to 1545. They have been known to use it for consumption both for nutritional and recreational value. While it is illegal to consume in public and to grow hemp industrially, there is no law that prevents private consumption and personal cultivation.

A new player to the hemp game, Pakistan is looking to take 4% of the global CBD market after their approval to begin cannabis research this month (September 1st). They are looking to industrially grow “legal” weed (below .3% THC) but also have naturally growing cannabis throughout the country.

Similar to China, North Korea has a long relationship with hemp and has cultivated it on an industrial level for centuries. While smoking marijuana is punishable by death in the communist country, there are 47,000 square meters of land dedicated to hemp textile right next to their capital, Pyongyang, and it grows naturally throughout the closed-off country. 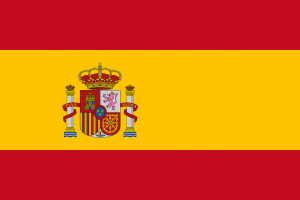 Spain has cultivated hemp since the 5th century B.C.- even certain components of Christopher Columbus’ ships were composed of hemp material (including the sails). After the ban on hemp throughout most of the 20th century, the European Union approved the cultivation for hemp for industrial use in 1999.

Spain is reported to be one of the most “weed-friendly” countries in Europe. Citizens are allowed to have up to 3 private cannabis plants for private consumption but are not allowed to publicly sell or smoke cannabis. Despite the right to grow marijuana for personal use in Spain, industrial hemp is presently only grown in Catalonia due to reduced aid from the EU in 2001.

In May of this year, the South African Health Minister amended the Medicines and Related Substance Act of 1965 to remove certain cannabidiol preparations for non-serious health claims. This amendment will allow hemp to start being industrially grown in the country.

Hemp’s history in Egypt goes as far back as the pyramids. They have and continue to utilize the plant as rope, textiles, paper, etc. They have a strict no cannabis policy but have a legal hemp industry for material purposes. They are currently in a gray area of legalizing CBD but local authorities will view it as an illegal substance due to the difficulty to distinguish CBD flower from THC flower.  There are currently no hemp farms in Egypt that grow for CBD due to the legalities.

These are just some notable countries that have their hands in the international hemp industry. Whether it be for material or medicinal purposes, hemp is a valuable crop in all nations. Its resurgence as an all-natural wellness supplement has further emphasized its essentialness to humans.

While there are still many obstacles that must be faced in every country for the advancement of hemp, its economic, environmental, and medicinal purposes continue to outweigh its outdated stigmatization and the world is just starting to see that.